Special Bulletin Magazines
NAV CANADA has announced its agreement in principle to participate in
the formation of Aireon LLC, a planned joint venture whose mandate is to provide
revolutionary global satellite-based tracking capability for air navigation
service providers around the world.
NAV CANADA intends to be a partner in Aireon along with Iridium Communications Inc. with support from the U.S. Federal Aviation Administration (FAA) and suppliers Harris Corporation and ITT Exelis. Final confirmation of NAV CANADA's participation is subject to the completion of formal agreements in the near future.

Aireon will deliver global aircraft tracking capability through Automatic Dependent Surveillance - Broadcast (ADS-B) receivers built into Iridium NEXT, the second generation satellite constellation to be launched by Iridium in the2015-2017 period. Iridium operates the world's furthest-reaching communications network and truly global aircraft tracking will only be available through Iridium NEXT. (See illustration)

NAV CANADA also intends to participate in Aireon as its first customer, aiming to deploy this new satellite-based surveillance capability in its North Atlantic airspace operations, most of which is without surveillance today. The Company estimates customer fuel savings on the North Atlantic alone of over $100 million per year as a result of this new capability.

"Together with our employees and customers, NAV CANADA is very much looking forward to being a part of this once-in-a lifetime opportunity," said John Crichton, President & CEO of NAV CANADA. "We understand the challenges faced by air navigation service providers (ANSPs) and airlines around the world. Our joint efforts through Aireon are aimed to improve both safety and flight efficiency, while contributing to a greener environment."

Crichton noted that as a future customer, NAV CANADA is well placed to take advantage of the benefits that Aireon will offer, based on the experience and expertise of NAV CANADA people in providing air traffic services over the North Atlantic, the busiest oceanic airspace in the world and the largest by traffic volume.

In his remarks at the news conference held at the National Press Club in Washington, D.C., announcing the formation of the Aireon joint venture, Crichton noted that NAV CANADA manages the second largest air navigation service in the world by traffic volume, next to the FAA. In its North Atlantic operation, the company co-operates with other air traffic service providers such as the FAA and NATS in the UK.

"In addition to the North Atlantic, we also manage traffic throughout the remote northern regions of Canada and the Arctic Ocean, so innovation delivered through Aireon is a big deal for us," Crichton said. "We know first hand how important it is to find a solution that covers areas that are not reachable through current land-based systems."

NAV CANADA and other ANSPs around the world have been working for years to find ways to improve efficiency and service for oceanic and remote air travel, and to increase capacity. The Company recently upgraded its oceanic air traffic system, and expanded the reach of its aircraft tracking through land-based ADS-B systems covering the airspace over Hudson Bay, the Eastern Arctic and Greenland.

"Customers are seeing big benefits from this effort, and the work of other ANSPs around the world, in terms of fuel savings and reduced emissions through the use of improved routes and altitudes," Crichton said. "This work will continue, but we all know much more can and must be done."

"Today's announcement is very exciting," said Matt Desch, CEO, Iridium. "Through this unmatched partnership, Aireon will enable a quantum improvement in air traffic surveillance, due to the unique, global nature of our communications network. ANSPs everywhere will be able to introduce active air traffic control to airlines wherever they fly, with all of the benefits in efficiency, safety, fuel burn and reduced emissions this will bring."

In the meantime NAV CANADA, along with its staff of air traffic controllers, flight service specialists, engineers and technologists, will continue to enhance flight safety and efficiency with the tools now at its disposal, while planning for the increased capability that Aireon will provide by the time it becomes operational, and beyond. 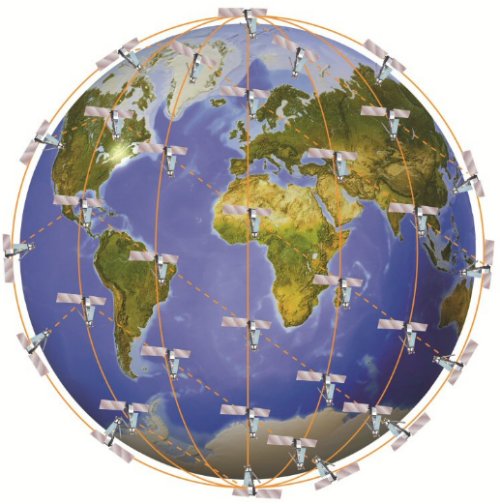