Being aware of the economic crises, NAV Portugal, following the Madeira Statement, is perusing an intense path to achieve real savings and greater cost efficiency. 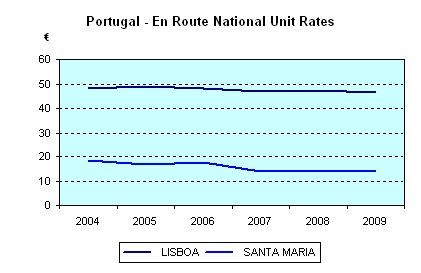 In fact, while maintaining the implementation of measures to improve safety and quality of the provided service, NAV Portugal reinforced its cost-containment efforts, both focused on corporate overhead and operational areas, such as: More over, NAV Portugal has agreed with the Trade Unions: Furthermore, NAV Portugal has: We will implement in May 2009: And latter on continuous Descend Approach Project within Lisboa FIR for which the following savings, per flight, are expected: Concerning the price policy; NAV Portugal underlines that all competent national entities were involved in the reinforcement of the cost containment measures. Excluded the effect of the adjustment mechanism, the as evolution of en-route national unit rates has been, since 2004 the following:
your benefits?