Mr. Jorge Ponce de Leão graduated in Law in 1969 from the University of Coimbra, became member of the Portuguese Bar Association in 1970; Held an MBA at Erasmus University in Rotterdam (Netherlands) in 1977/1978 and a Stanford Executive Program from Stanford University in California (USA) in 1995.

Previously, from 2008 until 2012, was CEO of SAIP, SGPS (at the time it was the company responsible for the biggest strategic project in the tourism sector in Portugal and considered of Nacional Strategic Interest by the Government).

In 2002 was Vice-President of RTP (Portuguese Public Broadcasting Company).

In 1975 started a 26 years collaboration with Jerónimo Martins Group: First, as Head of the Legal and Fiscal Services of the industrial sector of the Group, then, in 1987 became Advisor Director and during 1987/1992 period M&A Officer. Between 1993/2001 was the Administrator responsible for strategic and financial of the Holding.

Adviser of the Portuguese Civil Aviation Pilot Association from 1977 to 1983.

Mr. Jorge Ponce de Leão participated in the foundation of the Portuguese Industrial Confederation since 1974 and stated practicing Law in 1970 until 1987. 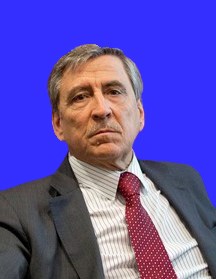