NAV Portugal opened this week a new operations room at the Oceanic Control Center (OCC) located on the island of Santa Maria, Azores. From this center, NAV Portugal provides air traffic management services in an area of 5.18 million square kilometers in the North Atlantic, where more than 166 thousand planes travel annually.

The remodeling and modernization of the OCC's operating room meant the complete restructuring of this space, including the full replacement of the technological platform of the air traffic management system, the installation of a new data network infrastructure and a new system of voice communications, for a total investment of 5.2 million euros.

The intervention carried out by NAV Portugal also involved the installation of 15 new operating benches, designed to be as versatile as possible, being fully maneuverable and adaptable in height to each worker. These benches are equipped with the new air traffic management platform and 42” 4K monitors, allowing each operator to adapt the different working windows according to their preferences.

Besides operational changes, the investment also included the renovation of all electrical and telecommunications cabling in the OCC's operating room and a series of architectural changes to better manage lighting and noise in the room. All wall, floor, and ceilings materials are now adapted to the operational needs regarding noise absorption and light reflection.

In architectural terms of architecture, the remodeling of the CCO also allowed the room to be redesigned and create two separate areas from the operational part, one for providing operational briefings and the other for holding meetings. 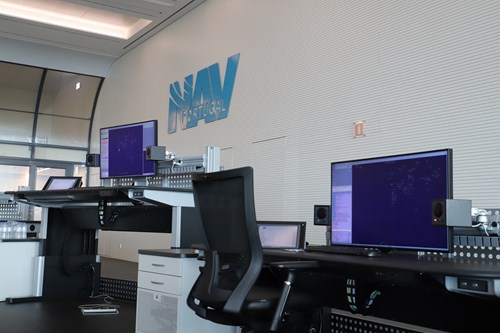 More than 70 million invested since 2004

Focused on being constantly up-to-date with technological developments and offering the best conditions to its workers, the investment inaugurated today is another decisive step in strengthening NAV Portugal’s Atlantic operation, one of the many given since 2004 in the region.

In addition to the investments in the operation on this island, several others are carried out every year by NAV Portugal in the Autonomous Region of the Azores, such as the recent introduction of new communication systems in Flores and Ponta Delgada. All these investments reflect the company's strong commitment to the important operation it carries out from the Autonomous Region of the Azores where, in addition to the Ocean Control Center, it owns the Control Towers of Santa Maria, São Miguel, Horta and Flores, as well as various equipment of navigation assistance.

Thanks to this strategy of continuous investment in its operation from the Azores, NAV Portugal has consolidated and dignified Portugal's presence in this important airspace delegation and deserved the systematic recognition of excellence in the provision of air traffic services by its users, as well as by neighboring partners in the ICAO North Atlantic region.

In October of this year, NAV Portugal had a total of 180 workers throughout the Autonomous Region of the Azores, 134 of which are in Santa Maria.

In addition to the investments in the Azores, NAV Portugal is currently making several investments in its remaining operation, in particular the remodeling of the Lisbon Air Traffic Control Center, which is at an advanced stage. 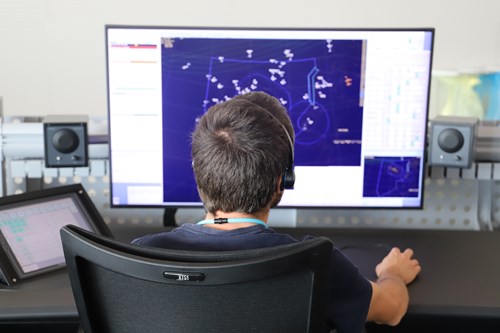