Special Bulletin Magazines
Visiting ATC Global (17-19 March)? Why not combine your trip with Helios' topical training course at the nearby Holiday Inn? 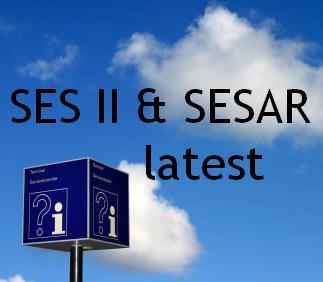 This one-day training provides all you need to know about the latest package of Single European Sky legislation AND the latest developments in SESAR. Real, practical information that helps you deliver results. ***Register before 10 February and save 30%*** www.askhelios.com/ses-training The European Commission launched the process for adopting a Second Package of Single European Sky legislation in June 2008. Following intense activity by the European Parliament and the European Transport Council final agreement on a new text is expected in March 2009 with adoption later in the year. The new legislation is a set of amendments to the four existing high level SES regulations and will require substantial secondary legislation to be developed in the coming months. A key element of the proposed amendments is the introduction of a performance scheme; with binding targets set at the EU level and supported by national or regional performance plans and incentives and penalties for ANSPs. The proposals also strengthen the definition of Functional Airspace Blocks; States are likely to be required to implement a FAB by 2012. The proposals also reintroduce the universally unpopular common projects which will enable ANS charges to be diverted to fund common developments such as those required by SESAR the technical arm of the SES. On the technology side, the EUR 2.1 billion SESAR Joint Undertaking has recently been incorporated and negotiations with 15 companies are at an advanced stage the Membership Agreements are due to be signed during a ceremony at ATC Global. By the end of 2009, the SESAR Development Phase will be in full swing ensuring that the R&D required to ensure the timely implementation of the new trajectory based concept is managed in a co-ordinated manner. SESAR still faces substantial challenges, not least ensuring the involvement of all ATM stakeholders (and not just those who can afford membership) and the governance arrangements for the Deployment Phase which will be required to ensure actual implementation. These two initiatives are driving some of the biggest changes facing aviation today. This one-day training briefing, is delivered by genuine experts who have been on the 'inside' track of developments in both SES and SESAR, and who are ideally placed to explain: * What is in the second package of SES legislation - and why? * Who is involved in SESAR, what are the key programmes, when and how are they due to deliver? * How you can get involved and make your voice heard. If you want the real story of the SES and SESAR, in plain English, with a focus on practical implications, from highly knowledgeable and independent sources, come to Amsterdam and spend it with us on Monday 16th March 2009. Who should attend? This training course is suitable for everyone working in aviation including: system suppliers, ANSPs, airports, airlines, research & consultancies, government, regulators, and defence organisations.
Visit http://www.askhelios.com/ses-training