Today the NTSB recommended that the Federal Aviation Administration require that large airplanes be equipped with an anti-ground collision aid, such as an on-board external-mounted camera system, to provide pilots a clear view of the planes wingtips while taxiing to ensure clearance from other aircraft, vehicles and obstacles.
On large airplanes (such as the Boeing 747, 757, 767, and 777; the Airbus A380; and the McDonnell Douglas MD-10 and MD-11), the pilot cannot see the airplane's wingtips from the cockpit unless the pilot opens the cockpit window and extends his or her head out of the window, which is often impractical.

The NTSB said that the anti-collision aids should be installed on newly manufactured and certificated airplanes and that existing large airplanes should be retrofitted with the equipment.

A system that can provide real-time information on wingtip clearance in relation to other obstacles will give pilots of large airplanes an essential tool when taxiing, said NTSB Chairman Deborah A.P. Hersman. While collision warning systems are now common in highway vehicles, it is important for the aviation industry to consider their application in large aircraft.

The recommendations follow three recent ground collision accidents (all currently under investigation) in which large airplanes collided with another aircraft while taxiing:

May 30, 2012: The right wingtip of an EVA Air Boeing 747-400 struck the rudder and vertical stabilizer of an American Eagle Embraer 135 while taxiing at Chicagos OHare International Airport (Preliminary Report: http://go.usa.gov/rPFh).

April 11, 2011: During a taxi for departure, the left wingtip of an Air France A380 struck the horizontal stabilizer and rudder of a Comair Bombardier CRJ701 (Preliminary Report: http://go.usa.gov/rnzW).

The NTSB made the same recommendation to the European Aviation Safety Agency, which sets standards for aircraft manufacturers in Europe. 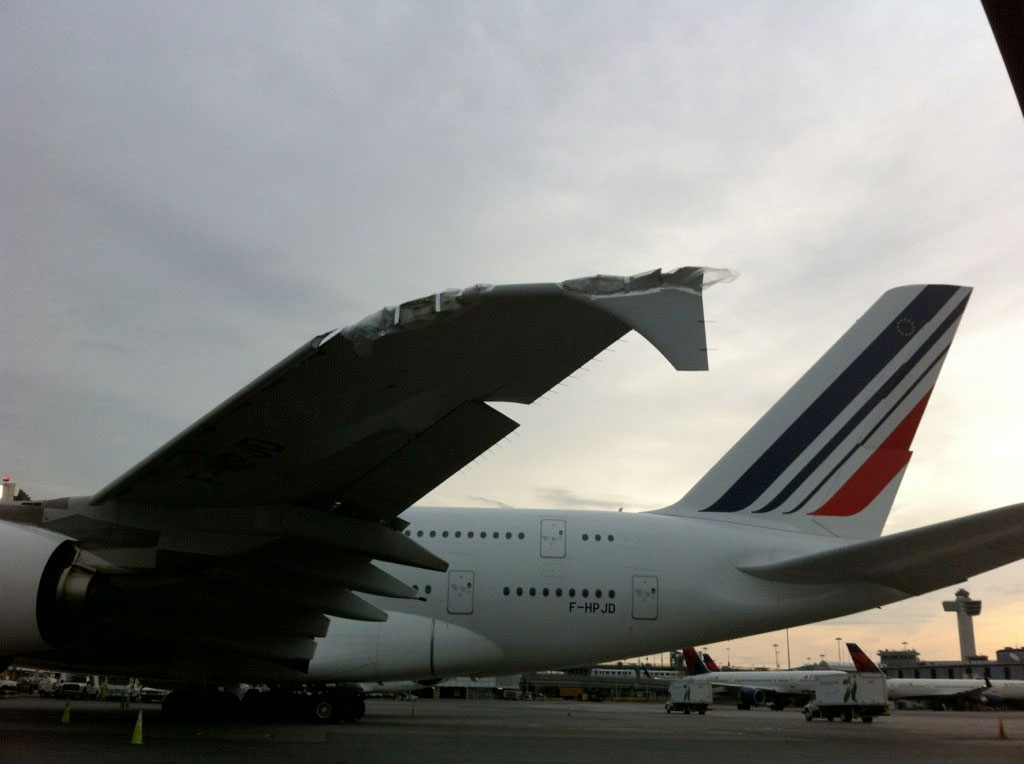 Close-up of the damage sustained by the Air France A380 at JFK. 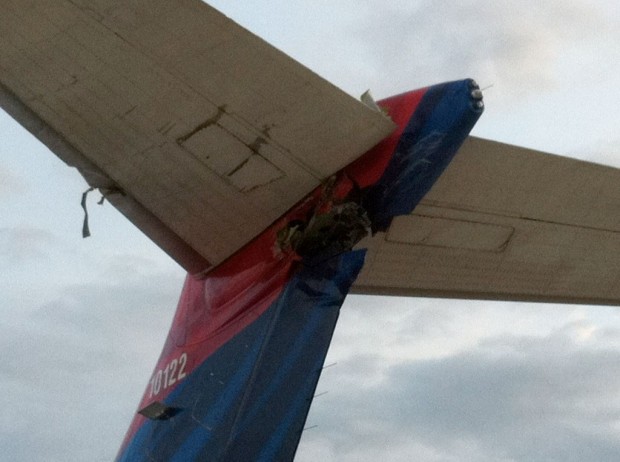 Close-up of the damage sustained by the Bombardier CRJ 701.
your benefits?