Using the Rohde & Schwarz R&S VCS-4G system, the FAA will have the ability to deploy two geographically separated systems plus a Technology Support Laboratory system with a total of 200 Controller Working Positions (CWPs). This redundant modular system allows Flight Service Specialists at Flight Service Data Centers to handle flight service calls from anywhere in the continental US and Caribbean. It will allow for load sharing between service centers during periods of heavy traffic and consolidation of services to a single service center during periods of light traffic.

For the specific requirements of FAA’s Future Flight Services Program, the existing R&S VCS-4G technology, which has a 10-year proven track record, will be enhanced by additional functionality.

“We are pleased to collaborate with Rohde & Schwarz and leverage their organizational and technological capabilities to help meet our customer’s very unique requirements,” said Fran Hill, Leidos senior vice president of transportation solutions. “We look forward to modernizing this critical communications system for general aviation flight planning and having it in service by 2022.”

R&S VCS-4G is a full IP solution, in use for more than 280 systems in 60 countries worldwide, including airports/towers, Air Route Traffic Control Centers (ARTCC), virtual centers, remote towers, offshore drilling sites, mobile towers, and shelters. The technology implements the EUROCAE ED-137 standard to the core of the system and not just to periphery components.  It is the world’s first and most widely deployed full IP VCS system. 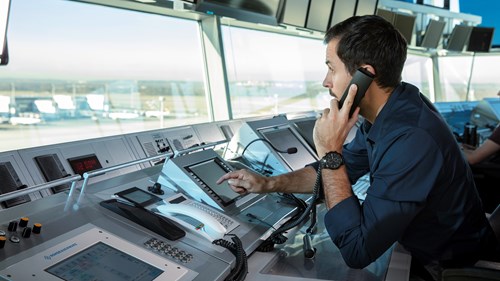