SESAR Deployment Manager (SDM) has received a boost after all 19 members of the SESAR Deployment Alliance (SDA), representing airports, airlines, and air navigation providers, signed a joint letter developing proposals for optimising SDM role and calling for an extension of SDA in SDM’s role beyond its current mandate ending in 2020.

Jonathan Astill, Chairman of SDA’s Board and Nicolas Warinsko, General Manager of the SDA then delivered the letter to the Director General for Mobility & Transport at the European Commission, Henrik Hololei.

The letter expresses the commitment of these 19 members to continue their role as SESAR Deployment Manager in the next Multiannual Financial Framework starting on the 1st January 2021, and speed up the deployment of SESAR by keeping the aviation industry in the cockpit for continuing the modernisation of European skies.

Since its establishment in December 2014 SDA has, in the role of SDM, been successful in translating the Pilot Common Project (PCP) Implementing Regulation in the SESAR Deployment Programme, fully supported by the operational stakeholders.

This wide buy-in translates in to more than 300 projects deploying SESAR within the Connecting Europe Facility (CEF) framework under SDM coordination.

This represents more than 70% of the PCP implemented or being implemented by 85 civil and military Implementing Partners in 34 States enabled by EUR1.4 billion of private investments and EUR1.1 billion of EU grants.

As soon as the European Commission decides on the Call 2017, PCP implementation will rise to 85%.

More importantly, SDM and the Implementing Partners have already completed 75 projects for about EUR200 million worth of investments which already deliver actual contribution to Europe’s ATM performance in the range of EUR30 million worth of benefits for this year alone, and more than EUR600 million cumulated until 2030. 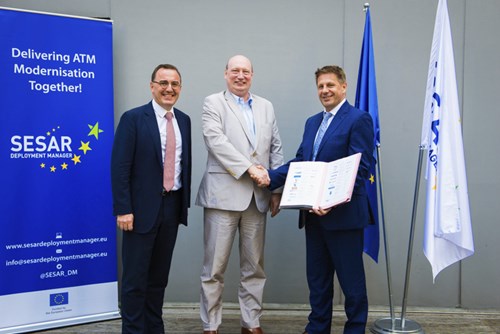 Jonathan Astill, Chairman of SDA’s Board (right) and Nicolas Warinsko, General Manager of the SDA (left), delivered a joint letter to the Director General for Mobility & Transport at the European Commission, Henrik Hololei (centre). 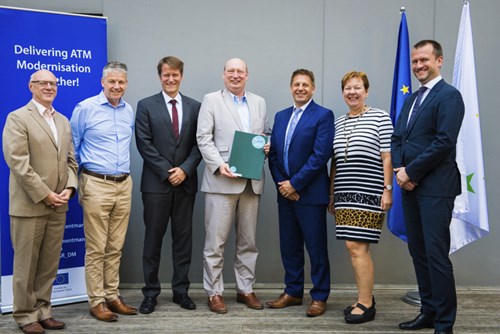 Members of the SESAR Deployment Alliance Board, with Director General for Mobility & Transport at the European Commission, Henrik Hololei (centre). 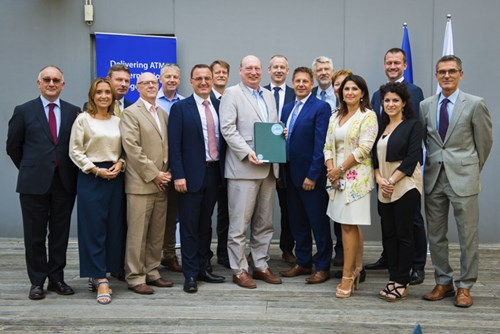