The New Istanbul Airport has been inaugurated on last 29th October 2018. This brand new airport (IGA – Istanbul Great Airport) has been built on the European side of Istanbul, with the intention of further expanding the air traffic offer to passengers travelling from West to East and from North to South (and vice versa), and to become one of the largest and busiest airports in the world. When completed, the airport will encompass 6 runways, capable of dealing with about 3500 flights per day to 300 destinations, and an overall capacity of up to 200 million passengers per year.

As part of this exciting project, SITTI received an order for the provision of the new MULTIFONO® M800IP® Voice Communication System (VCS) for the IGA tower. Installation, setting up and test phases have been carried out according to the very stringent and demanding plans, with the goal of fulfilling all operational requirements within the allotted short time frame. The new MULTIFONO® VCS is based on the VoIP technology, according to the most recent definitions and specifications of the international ED137 standard. It includes 39 controller working positions (CWP) that will be capable of interfacing 420 Rx/Tx radio channels (analogue and VoIP) and several analogue and VoIP telephone line.

Many other SITTI systems are already installed and operative in Turkey; they have been proving their reliability, scalability and robustness over the past years. The new VCS is connected through standard links to the other existing SITTI systems in the Nation, so to provide efficient and effective handling of all voice communications between controllers and pilots for a safe and smooth control of the traffic landing at or departing from the new airport. 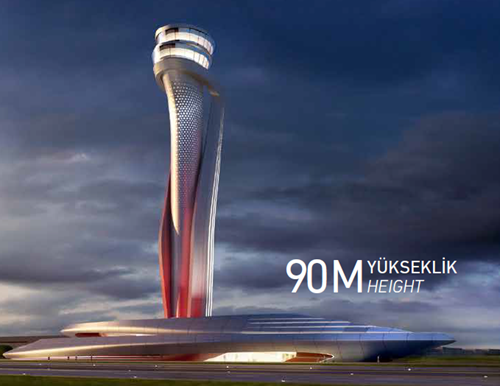 The CEO of SITTI, Mr. Massimo Crovato, has been invited to the official inauguration at the presence of the President of Turkish Republic, Mr. Erdogan and more than 50 foreign leaders, ministers and high-level officials. The positive long-term relationship between SITTI and the Turkish airspace management bodies has been underlined by Mr. Crovato: “SITTI is proud to having contributed to this huge project, which is confirming SITTI as a primary VCS manufacturer and supplier worldwide. The prompt answer to Customer needs through the provision of top edge solutions is the strength of our company. Based on the very long, positive and fruitful collaboration with Turkish authorities, we have once more had the opportunity to support and concur to the development of the air traffic management of this vital area between Europe and Asia.”