The Republic of Suriname is the smallest independent State in South America. The economic growth of the national economy and the need of enhancing the air connections infrastructure led to the search for a new Voice Communication System (VCS), capable of coping with the local needs, but already prepared for any possible future expansion. The new system is planned to be installed at the capital’s international airport, Johan Adolf Pengel International Airport.

SITTI has been chosen as the preferred supplier thanks to the high performance of its systems and the extremely good references that could be proven worldwide, and especially in South America. SITTI has therefore been awarded a contract for the provision of a new VCS system to the airport in the capital, Paramaribo close to the Atlantic Ocean coast.

The system being installed in Suriname includes a number of ED-137 VoIP interfaces capable of acting as managing both analogue and IP connections. More specifically, the MULTIFONO® M800IP® to Suriname has to deal with analogue/VoIP radio channels configured in automatic main/standby mode, plus analogue FXO/FXS telephone lines and SIP/IP telephone connections. All these communications facilities will be used by a significant number of local air traffic controllers that have access to all such features through an ergonomic and customizable touchscreen panel developed by SITTI.

The supplied systems has the native capability of being expanded seamlessly at any moment in time without affecting ongoing operations, including support for G.729 and dynamic delay compensation. FAT (Factory Acceptance Test) is expected to that place for next June, while SAT (Site Acceptance Test) by August 2020.

SITTI is a primary VCS manufacturer and supplier worldwide, capable of giving prompt and top edge solutions to Customer needs, both in the Civilian and Military fields. The leading edge, redundant, non-blocking architecture of the MULTIFONO® M800IP® provides flexibility and modularity for easy expansion and addition of further functionalities. 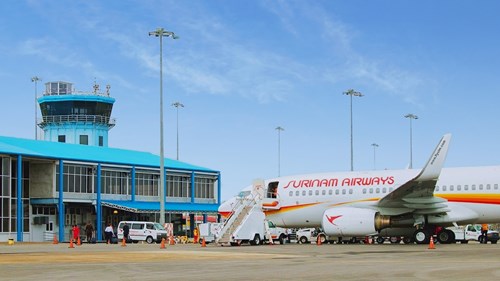