Peace-keeping missions and emergency situations see the Italian Air Force (Aeronautica Militare – AM) as a primary actor worldwide, either by its own or together with other Nations under a common coordination and command. The readiness and operation of the deployed force is continuously verified and improved by constant exercise to be ready at any moment in time to intervene. Field deployable Voice Communication Systems (VCS) allow rapid and effective access to operational awareness and air control. The use of deployable systems is of utmost importance especially in possibly hostile scenarios, where the air force may have been given the task of patrolling a given territory and check all flying vehicles.

The second RTC (Reparto Tecnico Comunicazioni) (Technical Communications Department) in Bari Palese under the command of Colonel Antonio Evangelio has been provided by SITTI with a new deployable systems, ready to be utilized in all theaters, when Italy is involved in operations outside the national borders – abbreviated as OFCN (Operazioni Fuori dai Confini Nazionali). This kind of deployable systems have been designed to guarantee the air force an extremely high level of reliability and expandability. They belong to the MULTIFONO® M800IP® family which is also extensively used in civil applications. Of course, the military usage has additional requirements (such as encryption, meteorological adverse conditions, temperature range, etc.) that are fully satisfied by SITTI systems, as testified by the large number of similar military systems being operative around the globe.

The initial configuration of the supplied system is easily expandable by simply adding the relevant hardware and configuring it, without compromising nor affecting current operations. Duplication of all network elements ensure the absence of any single point-of-failure that may jeopardize the system usage. Radio connections, telephone links, intercom facilities, legal recording are part of the system itself, so as to provide the air force with all needed resources for a very rapid tactical deployment in any operative scenario.

SITTI is a primary VCS manufacturer and supplier worldwide, capable of giving prompt and top edge solutions to Customer needs, both in the Civilian and Military fields. The leading edge, redundant, non-blocking architecture of the MULTIFONO® M800IP® provides flexibility and modularity for easy expansion and addition of further functionalities, conformant to the ED-137 standard. 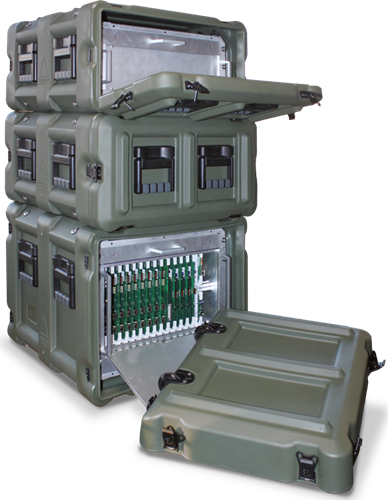