SITTI is a world leader in Air Traffic Control (ATC), focusing on Voice Communication Systems (VCS) and ancillary equipment. The company has got a very large and strong market position in Turkey, where it has had a preminent leading position in several projects, like SMART and the new IGA airport.

During the past 20 years, a large number of analog and VoIP VCS systems of medium to large capacity have been installed and put into operation for the Turkish State Airports Administration (DHMI). These include the Air Traffic Control Center and the majority of the country’s airports, plus a large amount of remote radio sites. Turkey has therefore become strategic to SITTI; a further expansion in this area is expected in the near future.

In order to consolidate and expand its strong market share in the territory and better meet the customer needs, SITTI decided to establish a new subsidiary company in Turkey under the name of “SITTI-TURKEY ATC COMMUNICATION İLETİŞİM HİZMETLERİ LİMİTED ŞİRKETİ” (also simply called “SITTI TURKEY“), based in Ankara and managed by Mr.Okan Atak.

Among the promising projects expected to be carried out in the near future, the modernization and upgrade of the existing VCS systems and the supply of voice recorders. This will allow the Turkish State Airports Administration to upgrade the current systems to the latest top-edge technical achievements to provide a more reliable and efficient service to airlines, thus making the routes between Europe and Asia even more safe. 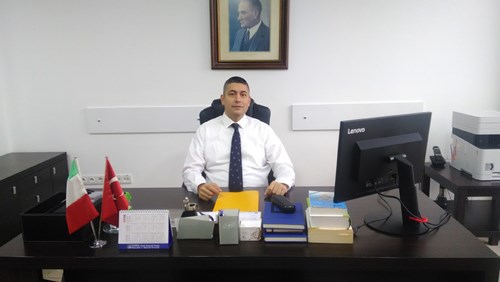