Skyguide has been honored at the World ATM Congress in Madrid with the SES Innovation Award for its pioneering role in the automation of Network Management communication.

The award is a recognition for innovation on a Business to Business approach, allowing Air Navigation Service Providers (ANSPs) to send tactical updates to the Network Manager on specific data such as the Capacity Plan, Sectorisation Plan and the Runway Configurations of our international airports. These interactions will be generated directly through Crystal and will reduce the complexity and the workload of multiple transmissions of data.

Michel Brun, skyguide's Head of Sales & Marketing accepted the award on behalf of the developing team and said: "It is an honor to receive this award which recognizes the great efforts of the whole team and underscores our position as one of the innovation leaders in European Air Traffic Management."

The Single European Sky (SES) is a flagship initiative of the European Commission. Its objective is to modernise and harmonise Europe's airspace management, which is estimated to cost airlines an extra €5 bn each year and that needs to address more effectively increasing air traffic. 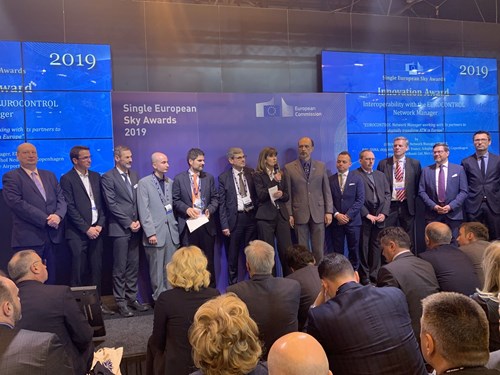