To complete the Quick Reaction Alert (24-hour air police service) in Switzerland, the Swiss Air Force conducted ten test approaches with F/A-18 fighter aircraft in Zurich Airport from 4th to 9th March 2021. For the first time, these test approaches, during which no landings were made, were conducted from the Air Force's Operations Centre at the Air Defence and Direction Center (ADDC) in Dübendorf by military air traffic controllers from Skyguide. This is an absolute exception, as the responsibilities between civil and military air traffic control are precisely defined. The controlling of aircraft in different sectors does not occur as a matter of principle. These test approaches have made it possible to practice efficient guidance of the interceptors in the event of an unscheduled need.

In order to keep noise emissions for the population as low as possible, the approaches by the F/A-18 fighter aircraft were carried out at higher speeds than those of civilian aircraft. This resulted in a reduction of noise emissions. 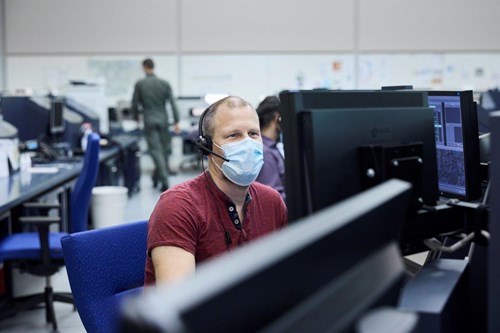