In February it was announced that Cirium had completed the acquisition of Snowflake Software (Snowflake), an innovator in fusing and streaming live flight and navigational data.

For a better understanding of Snowflake, it's products and the acquisition we spoke with Ian Painter, CEO and one of the founders of the company. 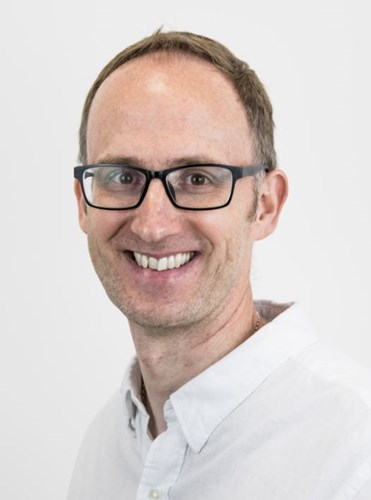 What is Snowflake’s story?

When we started in 2001 our focus was UK local government, it wasn’t until 2013 that we began working in the aviation after spotting a gap in the market to provide data management solutions that break down industry data silos. The aviation industry has plenty of standards but very few of them align well to mainstream IT, creating costly custom implementations and small niche supply chains. As such, in 2013 we were invited by EUROCONTROL and the FAA to be involved in an Open Geospatial Consortium test-bed program for SWIM (System Wide Information Management), an initiative to harmonize the exchange of flight, aeronautical and weather data across the air transport industry using mainstream IT standards.

Our focus in the test-bed was to prove that we could work with the new SWIM standards using the technology that already had. We actually managed to achieve that in just two weeks. It was a fast-paced turnaround that impressed a lot people, leading to numerous follow on contracts and eventually a complete pivot into aviation market.  Today we take pride in our vision of ‘making data accessible and easy to use’ in some of the world’s largest aviation companies.

Can you tell me more about SWIM?

Snowflake has accelerated the integration and exchange of flight, weather and aeronautical data through its cloud-based Laminar Data Platform. This platform is well-placed to leverage unprecedented demand for data exchange across many airspace users including Air Service Navigation Providers (ANSPs).

SWIM is a central component of the International Civil Aviation Organization’s (ICAO) Global Air Navigation Plan (GANP) which aims to create a fluid flow of data across the world. Snowflake has already deployed a SWIM Gateway for the UAE’s General Civil Aviation Authority (GCAA), only the third such installation after Europe and the USA.

So, why are Snowflake joining Cirium?

Snowflake and Cirium have both independently acted as pioneers in bringing new levels of data fluency to different parts of the world air transport industry.  There was only so far that either of us could go alone, but together there are no limits to the innovation that we can create for the industry.

Both companies bring different strengths. For example, Snowflake is well embedded with Air Service Navigation Providers (ANSPs) while Cirium has a strong presence among airlines, airports, aerospace manufacturers, finance houses and beyond. Together, we can improve the data sharing between all of these key players, moving towards our united mission to freeing data from its legacy silos and helping it flow more fluently around the air transport industry.  One particular example is that rather than storing different aspects of flight in many different systems and datasets, we intend to realize a joint vision of fusing data together to create one consolidated view of a flight that is simplified, managed and easily accessible to all our customers.

Cirium has a wide range of customers – will Snowflake start to expand also?

When you look at the data we manage at Snowflake which includes airspace, NOTAMs, weather, flight surveillance and flow restrictions, and then you combine that with Cirium’s flight status, schedule, fleet and traffic analytics, it creates a lot of opportunity for both companies to expand not just Snowflake.  I like to think of it as Cirium holds the data to identify ‘when’ and by ‘how much’ a flight is delayed; Snowflake holds the data to explain ‘why’ a flight is delayed.  Together we can create some really unique and unrivalled market offerings.

Having access to Cirium’s data is a huge benefit for Snowflake and our customers, but it doesn’t stop there, we will also reap benefit from gaining access to significantly more resources, expertise and infrastructure, all of which will truly advance some of our operations and help us expand.  The result will undoubtedly be improved solutions for ANSPs, airlines, airports and as well as the Unmanned Traffic Management (UTM) provider. Use cases within multiple industries continue to arise and we now have the portfolio to address the industry challenges.

How are you getting involved in UTM?

The UTM market has emerged rapidly, ground-breaking initiatives such as the FAA Low Altitude Authorization and Notification Capability (LAANC) program are meaning that UTM system providers need to access key operational dataset such as NOTAMs, Airport locations and Airspace restriction.  Following our vision to ‘make data accessible and easy to use’ were taking very proprietary and unstructured text based datasets such NOTAMs and transforming them into feature rich datasets so that the drone pilot can quickly identify where they can and can’t fly.

The first step is to merge Snowflake and Cirium, not just as companies but in terms of people, expertise, capabilities, data and technology. It’s an exciting time finding out how far we can go together in building the 360-degree view of flight.

A crucial part of that will be providing customers with direct access to fully integrated data through private managed clouds. Cirium has already started this with the Cirium Sky concept and Snowflake already has its Laminar private cloud. Together, we can look at the mix of private internal data with market data in such managed cloud concepts.