During winter, airports around the world experience problems with weather phenomena causing ice building on antennas spinning with 60 rotations per minute (RPM) which is the case in airport surveillance. 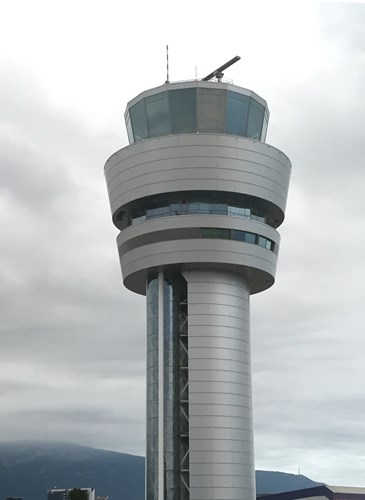 Ice on the antenna is not only an issue related to the equipment, but also a security risk if the ice ejects off the antenna with the risk of landing in public areas. Featuring state-of-the-art technology, the Terma Anti-Icing Antenna prevents ice from building up from +5º Celsius. Furthermore, the new feature will not compromise the performance or quality of the Terma antennas and requires practically no additional maintenance.

The new Anti-Icing feature may be delivered as an upgrade of any SCANTER Radar System installed on sites with special climatic conditions.

SMR systems are used by air traffic controllers to detect and guide aircraft and vehicles (i.e. baggage carriers, buses, supply trucks, staff cars, etc.) on the ground surface of the airport and thus secure safety. SMR is the most widely used surveillance system for airport surveillance at present.