Today, Thales and EADS Defence & Security signed an exclusive agreement at ILA Air Show to develop, manufacture, market and sell on a common basis passive radars in the world market. 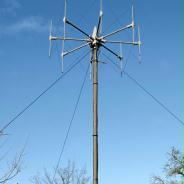 Thanks to major investments in new radar technologies from French and German authorities as well as from the industry, Thales and Defence Electronics, an integrated Business Unit of EADS Defence & Security, will capitalise on their knowledge and the experience acquired to offer the customers the most competitive products on the market. Thales and EADS will propose, especially to the French, German and other NATO forces, cost-effective passive radar systems matching their operational needs. Passive radar is a promising and affordable technology that has already shown its ability to detect all kinds of air and surface targets, including small objects flying at low speed and very low altitude, such as UAVs and light aircraft. Instead of being equipped with its own transmitter, passive radar makes use of all available radio and television broadcast signals in the environment. It performs the surveillance of a wide area while remaining totally discreet. It can be deployed without any frequency allocation, and without any environmental impact. As such, passive radar is the preferred solution to establish a radar surveillance in areas where conventional radar could not be deployed and new radar sites could not be created. Thales's reference Thales has successfully developed the Homeland Alerter 100. The HA 100 is a passive radar designed for homeland security applications. Capable of providing a complete air picture with a range of about 100 km, it is used chiefly for air surveillance - as a complement to conventional radars - and to protect sensitive sites or projected forces, for example during peacekeeping missions. Developed by Thales in partnership with the French defence research agency ONERA under a contract awarded by the French defence procurement agency DGA in 2005, the HA 100 is a mature radar and has already won important customers in Europe. It is currently undergoing operational trials with the French and other European Air Forces.

EADS Defence & Security worked for more than ten years in the fields of passive radar and also bi-static radar systems developing and maturing the basic technologies as well as the application related concepts. Most of this work has been done by the Defence Electronics Business Unit in close co-operation with FGAN, the German research institute for radar technologies and its applications. By today, Defence Electronics has acquired the necessary capabilities to go into full-scale development programs for passive radar systems. Main application fields will be in air surveillance to augment current air surveillance systems based on conventional radar systems.