In order to tackle and significantly lower smuggling and other criminal activities in Jamaica, the government is implementing the Maritime Domain Awareness Capability Initiative, a far reaching programme aimed reducing the proliferation of maritime threats. A key component of this initiative is the implementation of a national coastal surveillance system operated by the Jamaica Defence Force. In order to fulfil this big ambition, Jamaica is relying on Thales for the supply of coastal surveillance system built around the Coast Watcher 100 radar. 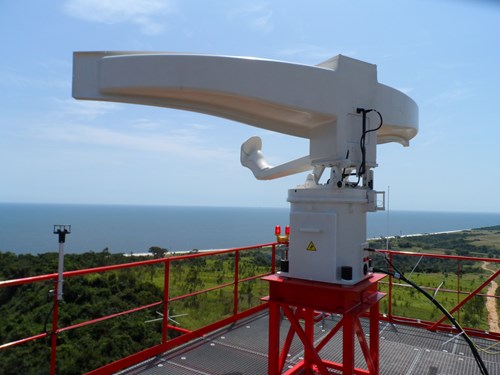 As a result of its system architecture, Coast Watcher 100, detects a wide range of air and surface targets ranging from inflatable dinghies or jet-skis all the way up to warships as well as low-level airplanes and helicopters. This makes it an ideal system to counter the threat of piracy and smuggling operations. Thales will provide a turnkey system built around several Coast Watcher 100 long range coastal surveillance radars, Electro-optical sensors, GMDSS radios and a National Control Center, merging data from all sensors in order to give a full operational capacity to Jamaica Defense Force.

A strategic partnership between Thales and Jamaica
This project confirms the strategic partnership established between Thales and the Jamaican government which has already trusted the Group to secure its airspace with Thales Air Traffic Control Centers & Radars as well as ensuring its land security with Bushmaster vehicles. Coast Watcher 100 is a trusted radar by many of the world’s armed forces and has been recently chosen by the French Defence Procurement Agency (DGA) to protect France’s Mediterranean Coastline with the deployment of two Coast Watchers 100.