In the first year of its operations in 1972, exactly 50 years ago, EUROCONTROL’s Maastricht Upper Area Control Centre (MUAC) already controlled nearly 200,000 flights in just the Belgian and Luxembourg upper airspace. These numbers have continued to grow over the past five decades together with the expansion of MUAC's area of responsibility, which now includes the Netherlands and north-west Germany as well. In pre-pandemic times, MUAC handled 1.9 million flights a year, with the highest controller productivity on the continent (2.23 IFR flight hours per air traffic controller hour), first-rate cost efficiency and excellent safety records.

Pandemic traffic in the core area of Europe

Sadly, for over two years, the COVID-19 pandemic has been hitting all actors of the aviation industry hard. It was distressing to see empty skies. In 2020, MUAC traffic was only 46% of that of the previous year, whilst in 2021, it increased only 10% compared with the first year of the pandemic, remaining below 1 million IFR movements in our airspace. The last time the yearly traffic was below the seven-digit mark in MUAC airspace was in 1997. Fortunately, we are now steadily getting closer to 2019 traffic levels again. 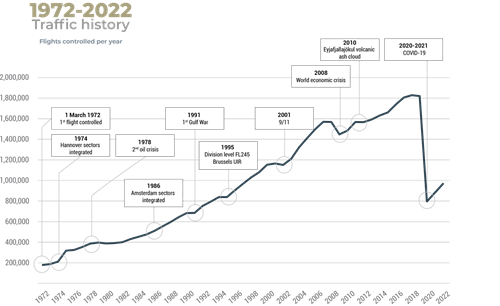 Figure 1. Traffic controller by MUAC since 1972

In order to protect employees and minimise the amount of on-site transmission, working from home for non-operational staff became the norm. For operational personnel, however, this was not a viable option, but since traffic was low, distance between working positions and plexiglass dividers provided a good temporary solution.

However, normal traffic levels were bound to return eventually and with a lead-time of three to four years for the training of ab initio air traffic controllers, continuation of training has been at the top of MUAC’s agenda. Especially since the number of retiring controllers was not affected by the pandemic at all. Because of the revised long term manpower planning, MUAC reduced the planned three new ab initio intakes per year to two, which means 24 new student controllers per year instead of 36. With an average overall pass rate of 70%, this accounts for some 26 new controllers who were licensed during the pandemic to replace the controllers expected to retire from the Centre and catering for potential further increases in traffic demand in the post-pandemic years to come.

To be able to continue training, as soon as the lockdown was imposed MUAC’s in-house engineers created a remote training facility. Within two weeks after the start of the first lockdown, the MUAC training infrastructure, a complex software environment, was securely available from outside the premises to conduct part of the student air traffic controller training virtually. Students, coaches and simulator pilots can easily connect to the system from their home office and although it took some time for everyone to get used to the new way of working, it has proved its pivotal role in MUAC's ability to continue their training.

From March to December 2020, 24 checkouts were performed, including first, second, and third sector endorsements, as well as civil-military conversions, whilst in 2021 this number was 37. At the beginning of the pandemic, checkouts of those who were about to take an assessment were actually done in the simulator, for the first time in MUAC's history. To give these numbers some context, MUAC currently operates with 328 licensed controllers in four main sector groups (Brussels, Hannover, DECO and the Special Operations Group), in which ATCOs can hold endorsements in one or two sector groups. Reduced operational activities during the pandemic also allowed MUAC to work on cross training of controllers. This means that MUAC has been training controllers not only in their own sector group, but also for an endorsement in half (½) of the neighboring sector within MUAC’s area. Currently, there are 11 controllers who hold licenses in two sectors, with a further 22 either undergoing or scheduled to commence their training in the second sector group for their third endorsement. This allows for a more flexible and efficient utilisation of controller resources. 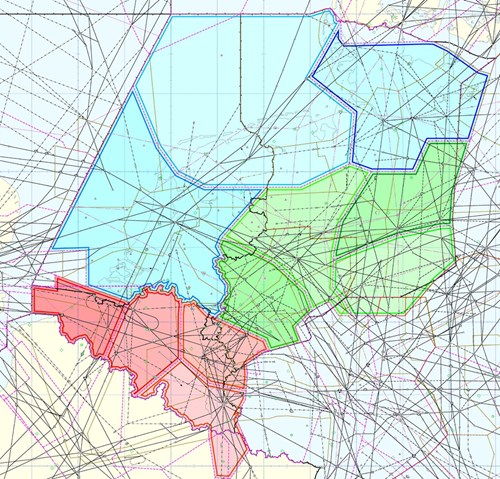 MUAC has always prided itself on its innovative spirit and has been known in the industry as a leader in trying new technologies and methods. It is no coincidence that the motto chosen for its 50th anniversary in 2022 was “50 years of passion and innovation”. COVID-19 acted as a catalyst in certain areas and while operational traffic was low, other developments accelerated at the Centre, including ATM training.

Remote training gave way to more autonomous simulator features, such as the use of speech synthesis (text to speech) and faster generation of exercises on the simulator. Future developments include a system that is able to give automatic initial feedback to a trainee, automatic speech recognition and full flexibility for students and ATCOs to select their own training exercises. This enables students at MUAC to train in a partially automated way when training staff are not available and gives trainees the ability to gain greater exposure to traffic scenarios without expending additional resources associated with this effort. 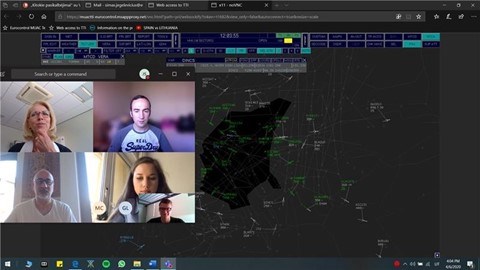 MUAC also took this opportunity to redesign its training programme, rework its simulator exercises and make its training more robust by redefining a clear learning curve and its building blocks for the best possible progress. The overarching intent is to further increase the pass rate and shorten training time where possible.

When the simulator is more challenging than live traffic

The MUAC training environment was not only used to train new controllers for the future but also to maintain the competence of senior licensed controllers. While live operations ran with lower numbers, operational staff (including advanced trainees) were rostered in high-traffic simulations known as HIT (high-intensity training), which enabled them to maintain their essential skills and to be ready for the traffic recovery. This possibility enabled advanced trainees to be prepared for practical assessments during the busier summer months and senior controllers to maintain their competence.

Remote training possibilities came in extra handy in such a busy period for the simulator environment, allowing more staff to simultaneously train and assist with training activities while staying safe. When necessary, roles were interchanged, for example, controllers or student ATCOs acted as simulator pilots to facilitate all the extra simulations that took place in the years of the pandemic.

Teamwork, adaptability, resilience and innovation have been keywords at MUAC over the last two years, leading to a sustainable training strategy and preventing major gaps in the supply of the future generations of controllers or a decrease in productivity/competency levels. It was not the first crisis MUAC has endured in its half a century of existence and most likely not the last. Once again, MUAC and its staff proved their commitment, excellence, and their ability to make the best of a difficult situation.