This article originally appeared in the ATC Network Special Bulletin 'Training and Simulation - September 2011. To read the complete publication go to:
http://www.atc-network.com/training

IFATCA is the world wide Federation of Air Traffic Controllers' Associations, representing the global voice of ATCOs. IFATCA represents over 50'000 Controllers in more than 130 countries. IFATCA sets out the corporate standards (where they do not exist elsewhere e.g. at ICAO or other international organisations) in form of global policies. IFATCA has policies on training, on selection and various other topics related to the title of this bulletin.Starting year 51 with the motto: One Sky One Voice
What follows is an outline of some of the challenges IFATCA has identified so far when it comes to Personnel Qualifications and Training. From time to time more questions than answers will be given.

IFATCA recently conducted a survey among its Member Associations. The results revealed a significant disparity about the perceptions of staffing levels between the MAs and the ANSPs. Most MAs reported that the staffing numbers and/or principals reported by their ANSP are insufficient or incorrect. Traffic in most cases is increasing at double the rate compared to the staffing increases for last year. Some ANSPs are opting not to replace retiring staff at this stage. Appropriate Planning for staff by ANSPs is lacking and it is only realised that there is a critical shortage when it is too late. It seems like accurate preplanning is missing and acknowledgement to the public and users that there is a staff shortage are kept hidden up to the last possible moment. Last minute drastic measures are then implemented to try and correct the staff shortage and most of the time it involves the remaining ATCOs to help save the day. Many rosters do have the mysterious Mr. and Mrs. Overtime listed as unreliable colleagues. This situation adds more pressure to the current system and can lead to fatigue and potential sickness due to a lack of adequate rest periods. There are many factors influencing this situation, including, but not limited to:


The ability to attract new trainees into profession

The increasing age profile of the existing ATCO workforce

A reliance on overtime to sustain normal operations

Though we might have lost 5 years in high growth scenario the traffic will continue to increase an average of 5% a year.
Modernisation programs require additional staff while continuing to work.

Major initiatives, such as SESAR and NextGen, will require extra staff to develop and implement those changes. For example, at a recent Eurocontrol meeting it was stated that 500.000 man-days are required for validation of SESAR IP1 & IP2. This will essentially double the expected staffing shortfall from 10% to 20% in Europe. IFATCAs estimate for Europe is that there is a shortage of 1000 ATCOs below the number required for current normal operations. The shortage of ATCOs will inevitably jeopardize major initiatives such as these, and thus delay the benefits they can bring.

IFATCA is convinced, and has previously stated, that even with advanced automation starting to be introduced widely, through various projects such as SESAR and NEXTGEN, in the future there will be a need to have traditionally trained and selected ATCOs in the system until at least 2020. A potential reduction of workforce per movement will not become a reality before 2030 (it is not likely that the numbers of ATCOs will decrease, but rather each ATCO will handle significantly increased numbers of aircraft). So, industry has to accept and be prepared for the scenario that a potential reduction in ATCO numbers due to automation will not be possible until after a further generation of ATCOs (the ATCOs working the future system are currently in pre-school or primary school age or are not yet born!). 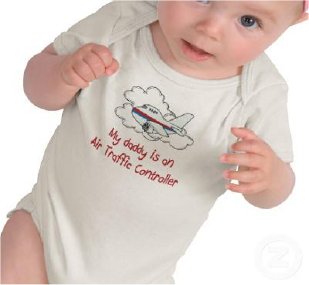 During the transition phase from the current to future systems, there is a need for more than the minimum numbers of ATCOs (we have never seen optimum staffing levels) to handle the day-to-day traffic. If SESAR and NEXTGEN are to be introduced in a promising way, then there is a need to involve the current workforce in validation, "modeling", conceptual work and simulation, which all require work outside of the control centers and towers. Further, the introduction of Safety Management Systems and the moving from the current technology driven to a performance driven approach to ATC will require more experts with an operational background outside of the control centers and towers. IFATCA estimates that there is a need for at least an additional 15% above the minimum staff numbers required just to handle the traffic.

There are new forms of training: a more commercialised approach (not necessarily the answer), more Computer Based training etc. The failure rate has however not significantly reduced in ATM. There is a challenge to attract sufficient candidates to get the right "Stuff" (between 8000 800 candidates for one qualified Controller!). It takes between 36 72 month to get an ATCO fully trained.


For example, in the United States, trainees are frequently being rated on just one position and left to work only that position, rather than being progressed through full development. This can indeed be a false economy, and in fact prolong the overall training time.

There is incidental evidence to suggest that many prospective recruits to the ATC profession are being discouraged form applying due to the widely held views about the deterioration of ATCO wages and conditions and the chronic staff shortages requiring considerable amounts of overtime to be worked. It is our view that most ANSPs, due to the different perceptions about staffing numbers, are not doing enough to recruit and train sufficient numbers of trainee ATCOs to sustain current operations, and much less address the shortfall.


Training is not cheap. ATM staff is not a mobile workforce as such (lower than 10%) and conversion training can take between 3 24 month . Average costs per ATCO from selection to first day as a qualified Controller amounts € 600.000.


IFATCA jointly with CANSO produced a brochure on
The Next Generation Aviation Professional which can be downloaded from the websites www.canso.org and www.ifatca.org.


An Air Traffic Controller is being checked up to seven times a year (from medical fitness, over theory, practical, simulator training to emergency training). What are the regulatory needs to remain adequate and what are the needs with regard to regulation for the future systems which are currently being developed.

There is a need for robust, adequate and not "only" administrative regulation capturing medical fitness, training institutions , CBT training, appropriate training at facilities (on the job), sufficient refresher training, audit elements etc. All this has to be economically and practically sound. Any new initiative needs to be assessed both from a safety and an operational point of view.


The people who are selected and undergoing training today are the future: will their training needs be fully catered for? Do we know what they are?


What about the thirty-forty year olds who are training those above - what about their training needs? Could we be facing an era of differential ATCO training?


CPD - controller professional development should be a regulatory requirement for the preparation of ATCOs for the changing operational environment and maintaining professional skills, personally and institutionally.


Changes in ATC paradigm need to be supported by a change in the safety paradigm and vice versa. Ergo there is a mutual dependency that needs to be understood and acted upon.

The relationship between pilot and controller also changes. So we should see a mandate for more meaningful training that provides the required knowledge to support the ATM - Flight deck interface.


TCAS, EGPWS, TAWS, ASAS, 4D trajectories are all examples where the ATCO needs more information not less. Do we understand the knowledge requirements? And how to train them?


A paradox for the executive level. Because of the fear for complexity and for their position in case of problems it would precisely reduce delegation and start giving orders. The job is done, but violations are more numerous.


So the true value of training can be measured in millions if you get it wrong. Management needs to understand the true value of effective training and management thereof. The regulatory need points in that direction: managerial and supervisory training requirements.


The human has to be seen as a key element for the complex socio-technological system as ATM.

in the working environment

as part of the staffing

in training and development

in procedures, roles and responsibilities

as part of Teams and in communication

The Human will remain a key player for decades to come.