All-Powerful and Pervasive: MDx the King of ATIS Recorders With its state-of-the-art hardware and software, the versatile MDx recording platform meets all the functional and performance-related demands that can be placed on current and future recording environments.

MDx is based on an open system architecture which includes the Windows operating system (XP Professional), Intel processors, SATA hard drives and PCI bus technology. Both analogue and digital components for all required standard signal types are available as input interfaces. This enables trouble-free integration into existing telecommunications systems and IT infrastructures. The analysis and storage of information is performed in an integrated SQL database. The MDx system is network-enabled and can be completely configured and operated over a LAN or WAN. There are various software solutions available for the MDx to support configuration, monitoring, archiving, searching, querying and processing. The MDx recording system also includes the following features: To view the complete product brochure use the following link VoiceCollect MDx 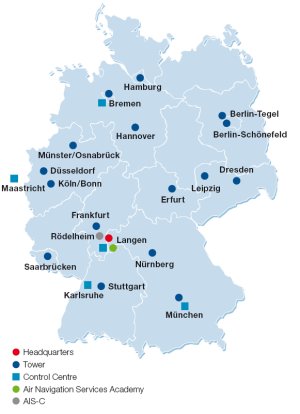 DFS is responsible for air traffic control in Germany. It is a company organised under private law and 100% owned by the Federal Republic of Germany. Since January 1993, DFS has been controlling air traffic in Germany. The companys Headquarters are located in Langen, near Frankfurt. Throughout Germany DFS is represented at 16 international airports and at nine regional airports by its subsidiary The Tower Company. The Challenge In the summer of 2002, DFS issued a two-stage call for tenders throughout Europe with prequalification for the procurement of secondgeneration digital voice documentation systems. The following major requirements were specified for the systems to be procured: 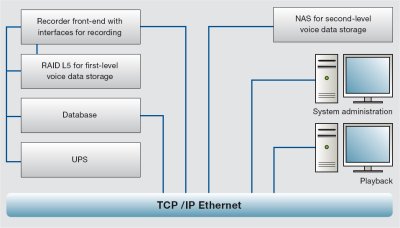 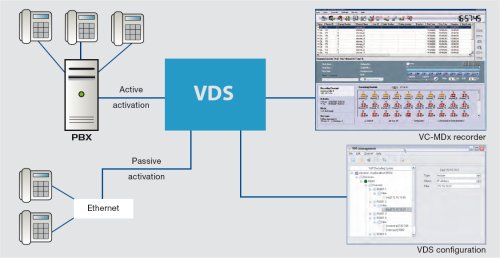 Trouble-free call recording could be ensured by making use of the tried and tested VC-MDx recorder from ATIS. The recently developed VoIP Decoding System (VDS) serves as the interface to the VCS. ATIS has developed this middleware specifically for the exchange of data between a VoIP-based communications network and the VC-MDx recording system. In this process, the VDS captures the VoIP communication data, converts them to an ATIS-specific format and transfers the audio signals to the MDx recorder together with the relevant call data. In the case described, the VDS was configured in such a way that it cuts into the group calls in order to capture the audio signals originating at the radio interfaces. This allows all the necessary data to be documented from the network infrastructure. The audio signals originating with the operator are actively transferred to the recorder using the network protocol RTP (real-time transport protocol). To ensure direct reception of this data the MDx is equipped with an RTP port. All recording channels can be monitored online by any operator. The ACEcom radio solution can also be implemented as a redundant system in order to further increase security. It is thus possible to transport the same data over two separate networks. A VC-MDx recorder is attached to both networks in order to record the data (dual homing). However, the data is only stored once even when both networks are active. Moreover, this option also allows different call contents to be recorded by the VC-MDx simultaneously. VC-MDx enables online monitoring of up to 30 channels per recorder; this is also possible via a web interface. In order to guarantee the reproduction of whole group discussions permissible in a court of law, group calls with up to 8 participants can be replayed simultaneously.

The Customer The Civil Aviation Authority of Sri Lanka (the CAA) was established under the Civil Aviation Authority Act No.34 of 2002 on 27th December 2002 and is deemed a Public Enterprise for the purpose of audit of accounts under Article 154 of the Constitution of the Democratic Socialistic Republic of Sri Lanka. Its primary function is to undertake activities that promote civil aviation safety and security in keeping with International Standards and Recommended Practices adopted by International Civil Aviation Organization (ICAO) and to steer the aviation sector in Sri Lanka as a prime contributor to the growth of national economy, enhancing quality of life of its citizens. The Airports & Aviation Services (Sri Lanka) Ltd. (AASL) is responsible for the technical services at the Airports and Control Centre Colombo. The AASL released 2007 a tender document with their requirements for a new voice recording system at Colombo Aera Control Center.
ATIS developed a solution tailored to DFS requirements based on existing digital recording systems. This involved the use of high-availability RAID 5 systems and a central database for storing the voice data. All individual recorder front-ends were equipped with analogue, ISDN and PCM interfaces in accordance with the requirements for the different sites. The quoted services also included the installation, commissioning and acceptance of the systems as well as the training of administrators and analysts. In September 2002, ATIS was awarded the contract to supply 3 tower systems (Hamburg, Düsseldorf and Erfurt), a central system (Bremen) and a voice recording system for DFS Aeronautical Information Service Centre (AIS-C). At the beginning of 2003, the systems were officially accepted and orders were placed for additional ones. In the meantime, all of DFS 4 central sites and 16 international airports throughout Germany have been equipped with ATIS voice recording systems.
The Challenge The activities of Thales Norway include development of specialised VCS solutions for the air traffic control market place. In addition to ensuring trouble-free communication between air traffic controllers and pilots, the International Civil Aviation Organization (ICAO) requires that such systems are also able to record and store all conversations. Moreover, it must also be possible to capture the exact time of contact. This is the only way of ensuring transparent documentation in international air transportation. Particular importance is attached to this regulation since such recordings may also be used to examine air traffic controllers statements and to clarify disputed facts in a court of law.
The basic component of the Thales system is the IP VCS ACEcom solution, which is recognised as the market-leader and which was selected for NATOs ACCS programme. However, it does not have any function to record and time-stamp conversations. Owing to the decentralised architecture of the ACEcom radio system there is no one central point within the network which can be used to acquire the recording data passively using sniffing. A particular challenge in this context are group calls. For this reason a solution was required that allows for the recording and accurate documentation of individual calls and multicast streams.
The scope of delivery included a fully redundant voice recording system to be delivered to ACC Colombo, installation and commissioning of the system and an extensive training schedule for both, the system operators and technical staff. The tender committee awarded the contract for the supply & services related to the project to ATIS UHER SA in April 2008. The successful factory acceptance test and factory training was held in Switzerland during June of the same year. The installation and commissioning of the system took place in Colombo in August 2008, during the same time operators and technical staff of CAA / AASL have been trained on the system. The final acceptance of the system, after 6 months of successful operation at the ACC Colombo, was declared in March 2009.
your benefits?