The Civil Air Navigation Services Organization (CANSO) and the Air Traffic Control
Association (ATCA) are organising one of the largest annual international conferences - combined with a trade exhibition and forum - which will take place in Spain, between 12 and 14 February. In one of the most high profile international organised events of the air transport sector HungaroControl will demonstrate the knowledge of its international R&D and simulation centre called Center of Research, Development and Simulation (CRDS) in an unparalleled interactive work station. Visitors can even take the first Hungarian moon dog (Puli Space Technologies) for a walk during the exhibition.

HungaroControl's nearly 50 square metre spectacular interactive exhibition space symbolises the Hungarian service provider's new control centre called ANS III with its cutting edge technology, which will take over the role of the old centre in Budapest from 27 February 2013. Many people are interested in the highly complex air navigation software system comprising over 200 new features and functions, that has been being developed since 2004 by a joint effort of HungaroControl and Thales Air Systems, called MATIAS (Magyar Automated and Integrated Air Traffic System).

On the first day of the World ATM Congress in Madrid particular attention was paid to HungaroControl's air navigation research and development and simulation centre (its English acronym: CRDS), the largest capacity simulation centre with the most up-to-date technology in Central Europe. 'Growing air traffic and the process of integration are generating increasing demand for research and development, simulation and training across Europe but there is only a rather limited supply of capacities meeting today's high professional requirements. This is where our air navigation Centre of Research, Development and Simulation in Budapest, the region's largest R&D centre with the most advanced technology in place, can help our partners. There is only one facility of a similar size, with similarly advanced technology, in the whole of continental Europe, near Paris. We are proud of being able to provide Central Europe with the world class infrastructure required for development and collaboration even during the most intensive period of the integration process' - said HungaroControl's CEO Mr. Kornél Szepessy.

One of the most interesting attractions of the exhibition is that during the three days of the event visitors can familiarise themselves with the CRDS's services with the help of an interactive work station: real-time simulation makes it possible for anyone to test his abilities as an air controller officer and to contact simulation pilots in the Budapest centre.

Puli Space Technologies, the Hungarian participant of the international innovation competition called Google Lunar X Prize, will also introduce itself on the second day of the exhibition. The team of young engineers has constructed a lunar vehicle of its own development - with the support of HungaroControl as main sponsor - which they intend to deliver to the moon by 2015. Visitors will get to see the vehicle named after the famous Hungarian sheep dog in action. 'HungaroControl supports initiatives contributing to the popularisation of air navigation control, aviation and air transport, research and development and innovation projects and it pays particular attention to fostering young talents. This is why we were more than happy to give our support to the initiative of a team of engineers called Puli Space Technologies who intend to send an instrument of their own development to the Moon by 2015 in the framework of the 'Google Lunar X Prize' international innovation competition which offers opportunities for highly exciting forms of cooperation' – said Kornél Szepessy. 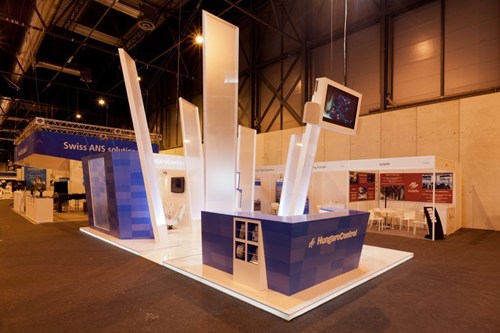