The Knowledge & Development Centre (KDC) and Boeing are extending a cooperative agreement to develop solutions for sustainable growth of aviation in the Netherlands. Together they initiate projects to develop a new environmentally friendly operational concept for Schiphol reducing noise nuisance, air pollution, emissions and wasted fossil fuel. The KDC is a joint foundation that includes KLM Royal Dutch Airlines, Amsterdam Airport Schiphol (AAS) and Air Traffic Control the Netherlands (LVNL). Officials from Boeing and the KDC signed a renewed three-year Joint Development Agreement (JDA) during the World ATM Congress on March 5, 2014.

The agreement builds on the long standing cooperation between Boeing and the Dutch aviation sector, which began in 2002. Under the existing agreement a wide variety of solutions were developed, many of which found their way into operations. "The cooperation with Boeing is a unique endeavor in which airport, ANSP, and hub carrier work together with aircraft industry to make new technology available for operations,” said Jasper Daams, General Manager Strategy and Performance at LVNL and chairman of the KDC Board.

The joint Boeing-KDC team has an impressive track record developing arrival management solutions which enable a new environmentally friendly operational concept for Schiphol. The solutions that were developed in the early years of the cooperation are now finding their way into operations. The team has laid the foundation for more stable and accurate delivery of traffic, enabling fixed arrival routes and continuous descent approaches to Schiphol airport.

A key technology that is currently under development for Schiphol is Interval Management which enables spacing tasks to be delegated to the cockpit. This development is continued under the renewed agreement. Interval Management is developed as a means to transition to a more environmental friendly concept while maintaining the capacity that the hub operation needs. “This new technology is one of the cornerstones of the SESAR concept and Schiphol is taking the lead to take advantage of it” says Koos Noordeloos of Senior Manager Capacity Management at Schiphol airport and member of the KDC board.

The joint development between Boeing and KDC has generated near-term benefits for the airlines as well. The provision of accurate in-flight wind and temperature forecasts has always been part of the program. This element of the cooperation, in which the Dutch weather provider KNMI takes part as well has laid the foundation of the Boeing InFlight Wind Updates service. “The Boeing Wind Updates service is creating efficiency benefits for KLM every day, and the service is available for every airline”, says Maarten Oort, Vice President Air Traffic Management of KLM Flight Operations, and member of the KDC Board.

The Ministry of Infrastructure and Environment of the Netherlands (DGB) is a strong promoter of the KDC and uses the foundation to streamline its support for Schiphol's development. 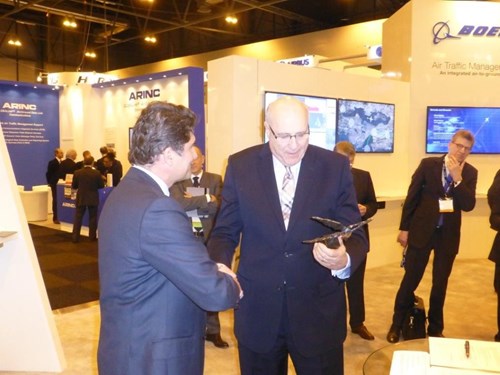 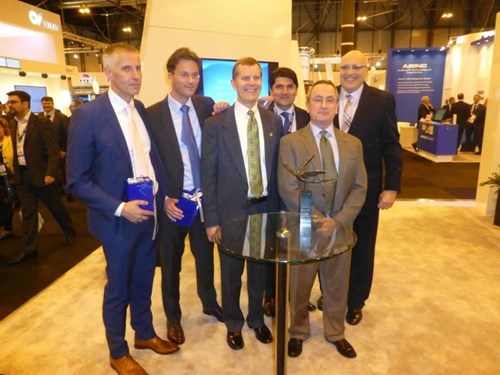