Michiel van Dorst has been appointed as the new CEO of Air Traffic Control the Netherlands (LVNL) from 1 May 2016. The State Secretary of Infrastructure and Environment, Sharon Dijksma, appointed Michiel van Dorst on the recommendation of the LVNL Supervisory Board. Michiel van Dorst succeeds Paul Riemens, who has started as CEO at RAI Amsterdam.

Michiel van Dorst has worked for KLM for almost 25 years and has a lot of experience in the field of air traffic safety. Among other things, he has served as Executive Vice President Flight Operations, deputy Chief Operating Officer, Vice President Air Traffic Management and captain. He has also held various international positions, as in the Operations Committee (OPC) of the International Air Transport Association (IATA). Michiel van Dorst holds a Master’s degree in Economics.

The Chairman of the LVNL Supervisory Board Gerlach Cerfontaine said: ‘Michiel van Dorst has a lot of experience with air traffic safety and Flight Operations. He also has a strong network in the national and international aviation sector.’

Michiel van Dorst has been appointed as CEO/Chairman for a term of five years. This is the standard term of office for appointments to the LVNL Board of Directors and may be renewed. The selection procedure for the position of CFO of LVNL is also currently in progress, due to the upcoming retirement of the present CFO. 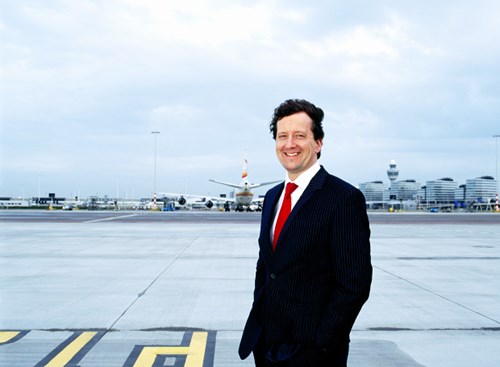