HungaroControl presented new products and services of its Centre of Research, Development and Simulation (CRDS) at the air traffic management sector’s prestigious professional exhibition organised between 4 and 6 March, 2014. The products and services offered by the Centre to air navigation service providers improve safety, cost-efficiency and environment-friendliness in air traffic.

One of the new concepts used in air traffic control, CSO (Concept of Seamless Operations) is aimed at reducing the number of conflicts resulting from increased traffic as well as ATC-related delays during landing and take-off to the minimum. One of the tools of CSO, known as FRA (Free Route Airspace) allows the aircraft to fly the shortest route between the entry and exit points of the given airspace, while the other, CDO (Continuous Descent Operations) allows optimum descent with the least fuel consumption, at the shortest distance to the destination airport.

Another relatively new and growing concept is PBN (Performance Based Navigation), aimed at reducing deviations from designated routes and thus moderating emissions and noise level. This procedure facilitates the use of airports operating in areas with complicated terrain features and under difficult weather conditions.

CPDLC (Controller-Pilot Data-Link Communication) is data-based (rather than voice-based) communication between the pilot and the air traffic controller. Its use helps optimise airspace capacity and also improves flight safety and efficiency. It is mandated by the European Commission to be introduced by 2015 in Europe.

CRDS helps the air navigation service providers in modelling and simulating the introduction of new procedures (CSO, PBN, CPDLC) and the optimum implementation and use of these tools in their own airspaces.

CINEMA (CRDS Interactive Stress Management) is an interactive training course developed by HungaroControl. The objective of the three-day course is to improve air traffic controllers’ stress management skills, thus contributing to the further improvement of flight safety and efficiency.

An ongoing development of the Budapest University of Technology and Economics was also presented at the Exhibition. The prototype of a special mouse with micro-electro-mechanical sensors is capable to measure physiological signs of the user such as body-temperature, heart rate and humidity and thus helps determine the air traffic controller’s momentary workload and mental condition.

“Increasing air traffic and integration generates growing demand for research and development, simulation and training all over Europe. CRDS, our research and development centre, which operates the largest simulation facility in Central and Eastern Europe is able to provide the knowledge and infrastructure required for development and joint work in the region”, pointed out Kornél Szepessy, CEO of HungaroControl, to draw professionals’ attention to the services offered by CRDS.

At the exhibition, HungaroControl also presents visitors with one of the most advanced air navigation softwares in the world, MATIAS (Magyar Automated and Integrated Air Traffic System). Another bright spot in the Madrid exhibition booth of the Company is MergeStrip, the trailblazing traffic planning concept and supporting software developed by HungaroControl’s engineers, which facilitates the continuous descent of the aircraft approaching the airport and thus helping optimise their fuel consumption. 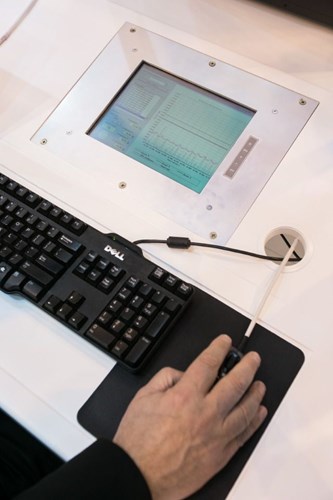 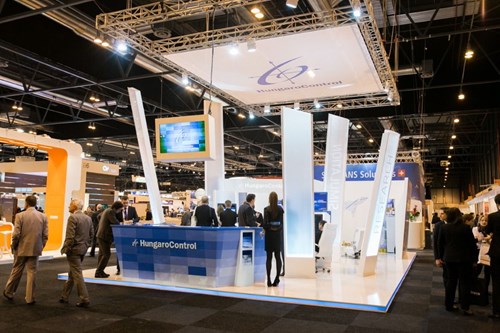 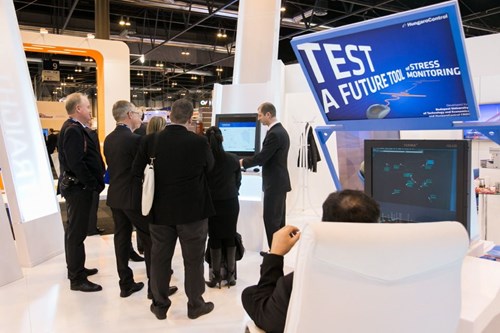